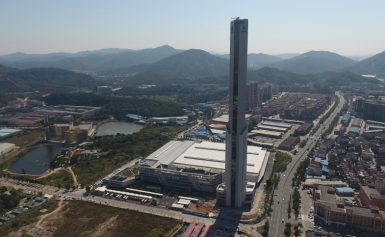 Thyssenkrupp opens high speed Test Tower as part of new plant in Zhongshan, China. The opening ceremony for the plant signifies thyssenkrupp’s continued investment in China and innovation and R&D around the world The test tower is one of the highest in the world at 248 meters and will test high-speed and rope-less elevators Today,
Complete Reading

TOKYO, April 17, 2017 – Mitsubishi Electric Corporation (TOKYO: 6503) announced: The completion of a new elevator test tower at Mitsubishi Elevator Asia Co., Ltd. (AMEC), which produces elevators and escalators for markets outside Japan. The tower will be operable from June. AMEC, which established an R&D center in 2015 and a new factory last year, will use
Complete Reading