Before any thought is given to the elevators in a building, a thorough and detailed study must be made of how people will arrive at the building, occupy that building, and move about the building. Occupancy is an obvious prerequisite to the design and size of the building itself. It must be expected to perform its function to provide a living or working environment and to have an economical, physical, and functional life span 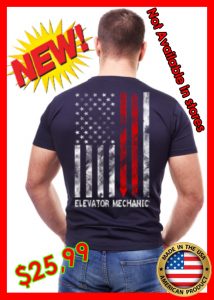 Basic factors in elevatoring a building include the number of occupants and visitors, their distribution by ﬂoors, and the times and rates of arrival, departure, and movements. We can determine the population in an existing building by census, and the average population in a new building by calculating so many square feet of space per person. We can also determine that people, in arriving at or departing from an existing building, relate to existing vertical transportation systems and will require an estimated quantity of vertical transportation in a new building. Surveys of existing buildings of similar nature can help confirm those estimates.

The population factors and the intensity of pedestrian traffic for all types of buildings are suggested in later chapters of this book. You will note the word “suggested”; the actual use of the building is beyond the control of the architect and the elevator engineer. The basic population and usage estimates should be a consensus of the assumptions of the entire building team in order to properly elevator a building. When the level of uncertainty is high, the basis of elevatoring must be conservative, since the expense of adding additional equipment is often prohibitive.

Critical traffic periods vary with building types and in various areas of the United States, Canada, and the rest of the world. For example, in office buildings in big cities areas served by mass transit, the critical traffic period is often the morning in-rush, complicated by persons who have arrived early and are traveling down. If elevators are sufficient to serve the peak of that in-rush period, the rest of the day usually does not present a problem. In other cities the critical traffic in an office building may be the noontime period, when lunch hours may be standardized and the entire building may go to and return from lunch at designated times.

In recent years there has been an introduction of staggered work hours and “ﬂextime” whereby employees set their own arrival and departure times. This practice has reduced the intensity of the morning peak arrival rate, but has added an opposing down traffic to the predominant up traffic.

The critical traffic period in some hospitals may be in the forenoon when doctors are visiting patients, transfers for treatment are being made, operations are performed, and essential hospital traffic reaches a peak. In other hospitals, critical traffic may occur during visiting hours or the afternoon shift-change period.

In apartment houses the critical traffic is usually found in the late afternoon or early evening period when tenants are returning from work, children are coming home from school, shoppers are returning from stores, and others are leaving for evening entertainment. 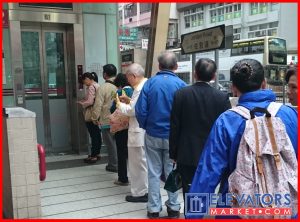 Once the critical traffic period for a building is determined and evaluated in terms of required elevator handling capacity, the choice of the proper number, speed, size, and location of elevators may proceed.

Critical traffic periods for various types of buildings have been determined by observations, traffic studies and tests, discussions with building managers and owners, and research in occupancy and population use requirements.

The pedestrian planning considerations in elevatoring cover the process of locating elevators in a building, providing proper access and queuing space to passenger elevators, designing and shaping them to best accommodate people, and determining door sizes and lobby arrangements, to make sure the optimum use and benefit are gained from the total elevator plant in a building. 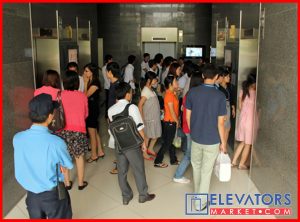 The direct capital cost of elevators and the indirect cost of the space dedicated to their function are a major cost component of any building. Elevators must be placed, arranged, and designed to provide the most cost-effective performance. Unsatisfactory elevator service can damage a building’s reputation and cause loss in the productivity of its occupants.

The elevator platfor (the area on which passengers rid) must be large enough to accommodate a passenger (or freight) load without undue crowding and allow each passenger ready access to the elevator doors.

An average person will require about 0.28 m2 of ﬂoor area to feel comfortable (touch zone) (Figure 2.1). Passengers can be crowded, however, to a minimum of about 2 ft2 (0.19 m2) for the average person. If no one is pushing or forcing people to crowd, each person will take close to the 3 ft2 (0.28 m2). There are exceptions: At office building quitting time, or if passengers know each other, densities of 1.5 ft2 (0.14 m2) per person have been observed.

March 27, 2017
Comments Off on Elevator- Lift : definition and history

June 17, 2018
0
Last Part Of The Essentials Of Elevatoring: How to Study Elevatoring