Two construction workers are dead after falling down an elevator shaft in downtown St. Louis.

The accident occurred inside the Old Shoe Company building in the 1500 block of Washington Avenue around 11:15 a.m. Monday.

City of St. Louis Public Safety Director Jimmie Edwards told reporters at the scene the victims were cutting pipe when the cable snapped and they fell down six floors in the elevator shaft.

They were reportedly inside a basket that was connected to a safety cable when the incident occurred.

Earlier reports indicated the workers were wearing safety harnesses but officials told News 4 that the harnesses were connected to the basket itself to prevent injury or death if the basket falls.

During a press conference shortly after the incident, Edwards said the building was inspected 10 days ago and there were no known concerns at the time of the inspection

The building was still in the demolition phase of a $ 25 million renovation project to be converted into a hotel by Fe Equus, a Milwaukee based development company.

! Best Choice To Wear This Summer ! 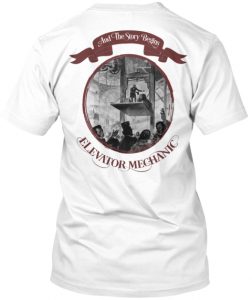 Sources tell News 4 a subcontractor working for Gencorp Services was involved in the accidents. OSHA was called to the project site for a complaint involving Gencorp in 2013, the agency said.

According to OSHA, several health related claims were investigated including the improper disposal of asbestos and failure to wear protective gear while handling asbestos.

The St. Louis Fire Department has turned over the scene to OSHA and Fire Chief Dennis Jenkerson has terminated any work to be done at this site until further notice.

“What we’re going to look at it is what kind of procedures they were involved with. OSHA is on scene and they’ve taken control to look at everything around, how it was installed,” Jenkerson said, “What kind of demolition they were doing, whether it was cutting or dismantling piece of equipment inside the shaft.”

KONE to supply elevators and escalators for a high-end mixed-use complex in Shenzhen, China

Huge alligator walks down escalator as it terrifies supermarket shoppers